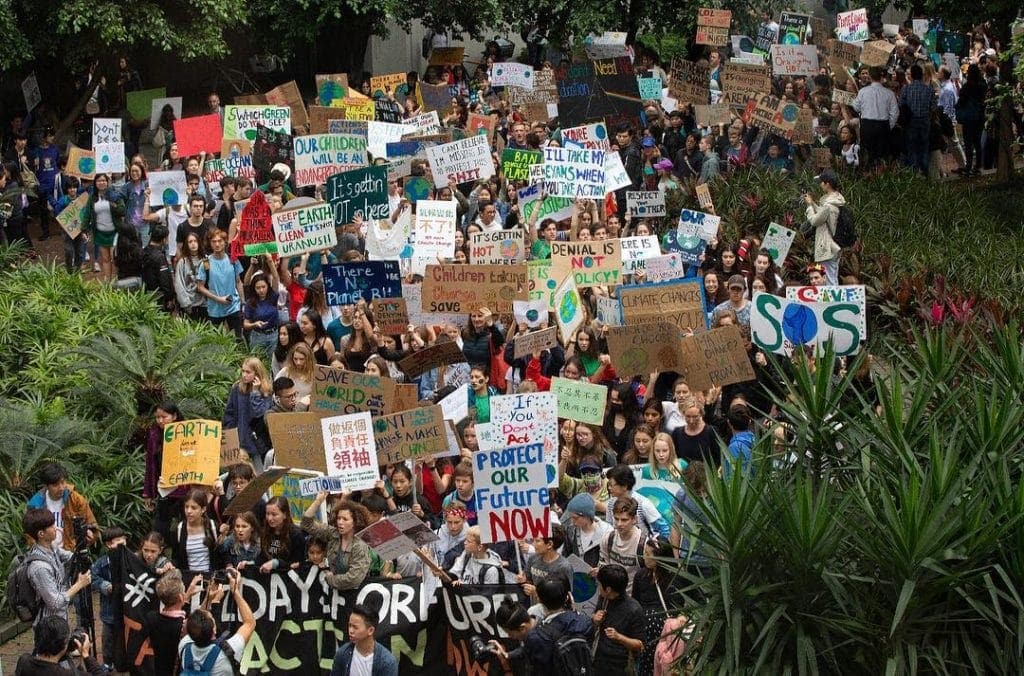 One Friday morning in March 2019 about a thousand Hong Kong school students gathered peacefully in Chater Garden to add their voices to those of millions of other school students around the world calling for more urgent progress in addressing the climate crisis.

The response to their call from educators and government ranged from condescension to silence with little in between. An Education Bureau spokesperson was quoted as saying “Any form of [class] boycott would disrupt order in schools and interfere in the normal learning of students and operation of schools. Schools are [the place] where students learn and grow.” One school principal, in an email to parents that was later made public in the South China Morning Post, characterized the strike as a “persuasive social media campaign” in which “fear of missing out” was the main driver for student participation. He promised to “speak to students about the difference between protest and meaningful action” and proposed the students consider changing their habits instead like “equipping themselves with their own cutlery set to save on disposable items in the dining areas.”

There was barely a word of acknowledgement from those quarters of the central issue – the seriousness of the climate threat to these students’ futures – much less any words of praise for their leadership and civic engagement.

The local organisers of this first strike sought my advice on technical and strategic aspects of their position paper and their open letter to the environment minister which they presented at Tamar at the end of the march. Keeping my reservations about the prospects for its political impact to myself, I encouraged them also to look for opportunities to make changes in their school campuses and communities. By all means demand that the government set a more ambitious renewable energy target than 3%, but what about putting solar on your school roof? Go ahead and put pressure on the government do a better job at recycling and reducing waste, but how is your school’s progress on becoming paperless, or addressing its food waste? Do you know how many million kilometres your school flew on overseas trips last year? If you knew, what could you do about it? When will your school become a zero carbon school or a carbon neutral school?

The campus, where students spend eight hours a day for half the year is a vastly under-appreciated reservoir of possibility for learning and impact, not to mention a more immediate sphere of influence for school students than Tamar.

There are seven hundred thousand school students in Hong Kong – about 10% of the population – attending a thousand schools. Many of them share Greta Thunberg’s fury that “our house is on fire and no one’s reacting”, as well as a deep sense of anxiety about the implications of our multiple ecological crises for their future. Condescension and silence must not be the only responses they hear.

I established Metanoia to offer schools a better way to respond to students on this issue – by engaging together to move towards the kind of deep transformation that a sustainable future requires and through that engagement, to “make hope possible, rather than despair convincing”, in the words of Raymond Williams.

Creating a sustainable school in this deep sense is no easy task.

It’s no easy task because there is a lot to be done. Consider the hardware – less than inspiring campuses short on greenery, cooled year-round, with energy inefficient building envelopes, no use of solar energy, millions of commuting kilometres in school buses using fossil fuel, unsustainably produced food, tons of waste sent to landfill. And who has the time to manage even one meaningful course correction here? Facilities managers have their hands full ensuring the smooth and continuing operations on which classes depend, teachers’ timetables are inflexible and full, and students’ afternoons are overflowing with extra-curricular activities.

It’s not an easy task because it also requires upgrading the “software” – hearts and minds. If a hardware upgrade can’t be commercially justified by the savings it will produce, might we agree there are other ways to measure its worth? Will the science department happily accept the constraints imposed by a sustainable procurement policy if the best laboratory beakers are made on the other side of the world? Will parents settle for reference letters issued on recycled paper? What of the contentious issue of mandatory busing? Is sustainability relevant to the mission of the school? How many students will choose to forego meat in the cafeteria even one day a week, or walk or bus to school when driving is more convenient?

It’s not an easy task because even if hearts and minds are willing, many people simply don’t know what actions matter, what really moves the needle or what’s technically feasible. I once heard a group of students give a polished presentation to their school’s leadership about an environmental strategy for the school they had laboured on for months under the guidance of an external consultant. Their vision was laudable but their goals very high level – lots of evaluating, promoting, encouraging and supporting. When I asked them what one thing they would change to really impact the school’s environmental footprint, I heard five or six very different answers. It was clear that after months of work they had gathered no data and so had no idea which were the most important levers to pull.

Creating a sustainable school is not an easy task, but the impact of the endeavour ripples far beyond the campus boundary and the current cohort of students.

This is true first of all, because schools are microcosms of the city. They share the same challenges of waste, air quality, energy inefficient buildings, infrastructure lock-in, and carbon emissions combined with the constraints of space, time, money and expertise, and a range of competing interests. But in schools, these problems show up at a more addressable scale and in a culture where the pedagogical paradigms of risk-taking, collaboration and experiential learning are more commonplace than they are in government, and solutions (and by this, I don’t just mean technological ones) can be prototyped and innovations demonstrated to the wider community.

And second, because the 1.2 million school students who will graduate in Hong Kong in the next thirty years will represent almost 40% of the workforce in 2050, and another 600,000 students (10% of the population) will still be in school. What will they understand about the root causes of our ecological crises and how to address them? Will they make decisions based on the paradigms that got us here, or will they be equipped with the competencies to think and act and intervene in a different way? Clearly the degree to which Hong Kong will be a sustainable city will be determined at least as much by educating for sustainability as it will by policy and technology, which is where all the emphasis currently lies.

This is Metanoia’s raison d’être. We exist to help schools unlock the sustainability learning that is embedded in the campus and the school’s daily life, to develop the capacity of students and schools to do the practical as well as critical intellectual work of becoming truly sustainable communities, and to support the students of the Anthropocene era in leading the transition to a sustainable future. 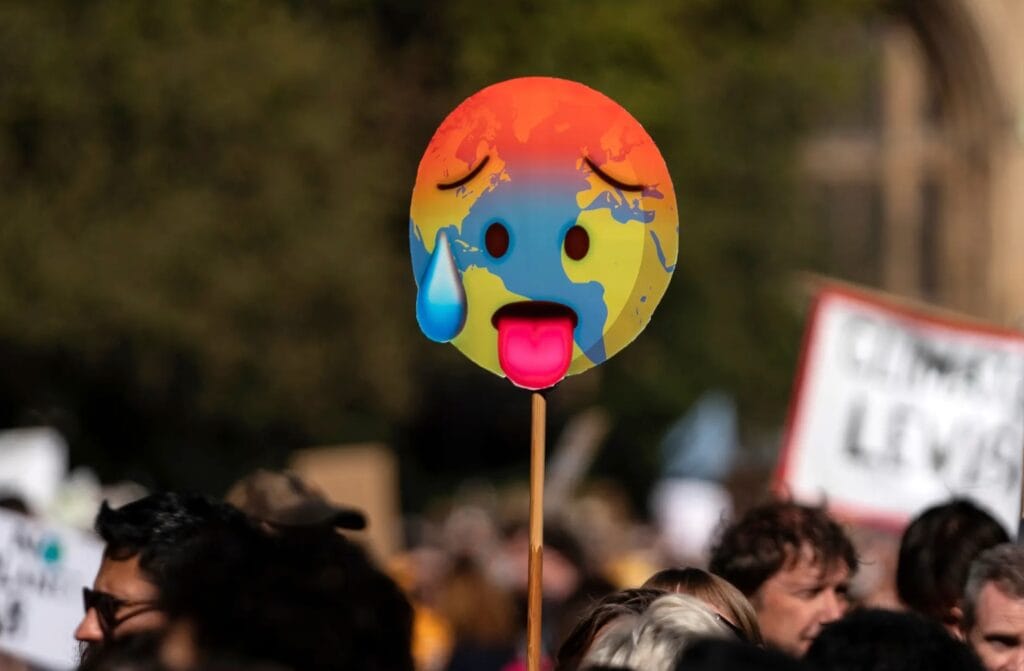 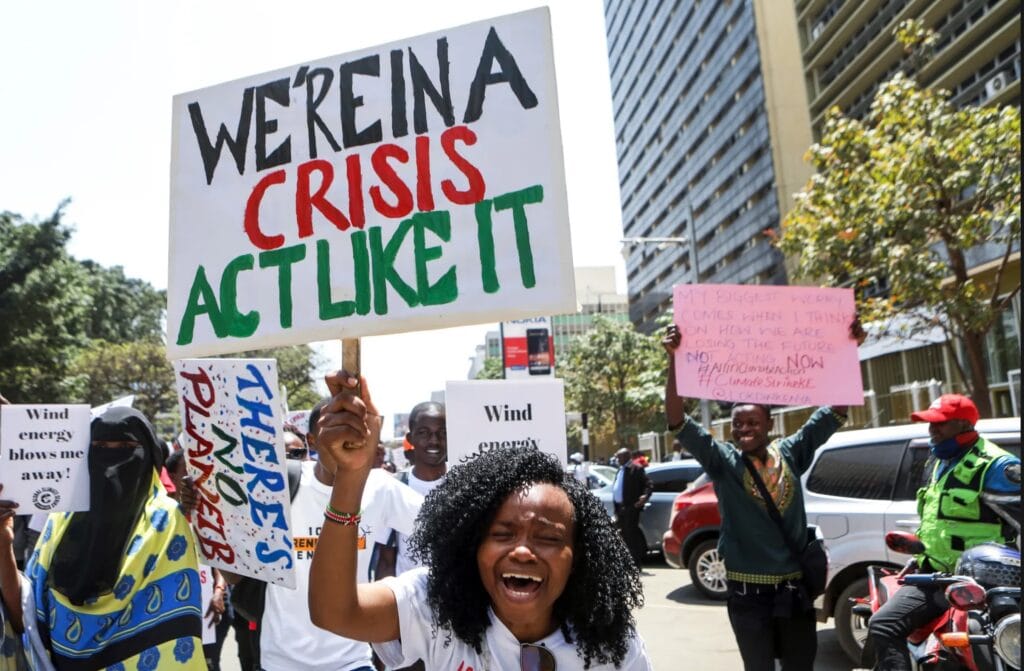 A Proud Member of