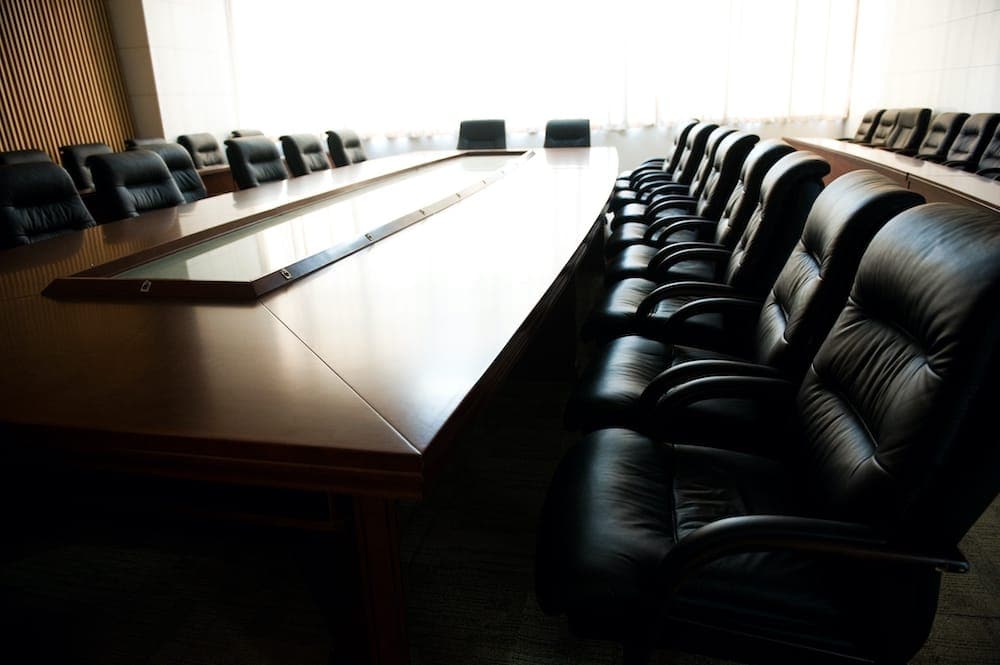 Why Sustainability Should be a Matter for School Boards

Why sustainability should be a matter for school boards

For corporate boards these days, sustainability is a key consideration. It is generally understood to be a risk factor with material consequences for corporate strategy and long-term market value. It is also a matter of regulatory compliance – stock exchanges require listed companies to file annual Environmental Social and Governance (ESG) reports which address, among other things, their environmental policies and performance relative to targets and key indicators, and even unlisted companies, voluntarily publish such reports in many cases. Governments and industry bodies like the EU and the International Financial Reporting Standards (IFRS) Foundation are considering introducing global standards for non-financial reporting.

By contrast, few school boards seem to see the relevance of sustainability to the schools’ strategy and mission, so most don’t consider that they have a duty to oversee it. While they may be fully supportive of sustainability initiatives on campus, those initiatives rarely rise to a level of significance that demands their attention. And neither schools nor the private equity firms that own some of them are subject to ESG reporting requirements, meaning there are few green schools in Hong Kong and other cities in the world.

We hear a variety of arguments as to why this is so.

Mission and purpose. One argument is that the Board’s primary duty is to ensure the school fulfils its mission. Every school’s mission is couched in different terms, but they share a common general aim to produce well-educated, ethical, engaged, responsible and empowered global citizens. Although some would say that in the 21st century statements like these necessitate some degree of education for sustainability, most people understand them in the narrow sense – that they don’t entail a duty to produce ecologically literate graduates – and they’re silent on whether or not it’s acceptable to achieve these ends by unsustainable means, which is, today still an unintended consequence of most schools’ operations.

For decades in the corporate sphere, the prevailing doctrine has been that a company’s primary responsibility is to its shareholders – to maximise shareholder value – and that is no social responsibility. Recently however we have begun to see a shift from the notion that companies should be merely value-driven to the idea that they should also be values-driven; in other words, a shift from shareholder capitalism which repositions companies as trustees of society. This model was embraced by the Business Roundtable in 2019 when 192 CEOs – leaders of the largest companies in the US – issued a statement essentially redefining the purpose of a corporation to include serving all of its constituents including society at large (i.e., not just shareholders), protecting the environment, and embracing sustainable practises. The Big Four accounting firms have since issued standard ESG reporting metrics which support this model.

In a similar vein, perhaps it is time for school boards to reconsider the traditional understanding of schools’ mission and purpose. In the Anthropocene era, does “well-educated” mean the same thing it did when the mission statement was written? Shouldn’t it include knowing how to live sustainably? Shouldn’t the school itself model the sustainable practises it teaches or teaches about? If so, then the board’s duty must extend to ensuring that the school operates sustainably and providing the resources for it to do so, and, like its for-profit corporate counterparts, monitoring and reporting on the organisation’s sustainability performance. It is here that we at Metanoia – a sustainability consultant to schools – can assist schools with assessing, monitoring and reporting on their environmental impact.

Market demand. Another argument we hear for why sustainability is not on the agenda of many school boards is that it is not what the customer wants. Sustainability may be a distinguishing feature of a few schools, but it’s far from being a factor in parents’ choice of school.

But the same could have been said at one time of schools that were pioneers in bilingual education or STEM. Now these offerings are virtually must-haves. A comment by Steve Jobs comes to mind: “Some people say, ‘give the customers what they want,’ but that’s not my approach. I think Henry Ford once said, ‘If I’d asked customers what they wanted they would’ve told me a faster horse’. People don’t know what they want until you show it to them.”

Increasingly the trend toward sustainable schools becoming mainstream is government-mandated. Last year, Italy was reported to have become the first country in the world to make sustainability and the climate crisis compulsory subjects in state schools. One hour a week is to be spent on learning about global warming and humans’ influence on the planet, and other subjects, including geography, maths and physics, are to be taught from the perspective of sustainability. The education minister was quoted as saying: “I want to make the Italian Education System the first to put the environment and society at the core of everything we learn in school.”

Similarly, the French Ministry of Education recently introduced “Eight measures for education for sustainability” to place its schools “at the forefront of the ecological transition.” The French measures require that students don’t just learn about sustainability but contribute to making their school and their community more sustainable.

In September 2020, the Earth Day Network launched a campaign aimed at governments attending COP26 to make climate change and climate literacy a core feature of school curricula worldwide, at all grades and across all disciplines.

Whatever the drivers, there are already a number of mainstream schools around the world embedding sustainability in their mission, values, curriculum and operations. Hotchkiss School, Lawrenceville and the STAR School in the US, and Fairgreen International School, an Esol Education school in Dubai, are just a few examples. It won’t be long before the demand for schools to be sustainable becomes a mainstream expectation. In the meantime, the early adopters will carve out market leading positions, to the benefit of their students and communities.

Academic Performance. Matriculation results, standardised test scores and University offers continue to be the main metrics by which boards gauge their schools’ academic performance. At the same time teachers, school leaders, board members and parents we speak to when conducting a whole school sustainability audit consistently identify the environmental crisis as one of the top three challenges students will face in their professional and personal lives in the next fifty years. But the traditional metrics are not good indicators of how well students are equipped to face this challenge or lead the transition to a sustainable future. Were the metrics to be expanded, boards and leadership teams may realise they have more work to do in the performance department than they realised, beginning with identifying the competencies that are relevant to a sustainability transition and then figuring out how to educate for them effectively.

Stakeholder activism. For corporate boards, pressure from shareholder activists and large investors, including the threat of divestment, is sometimes the driver of more sustainable policies and practices. The school-sector equivalent of shareholder activism – green student groups or parent-led initiatives – has historically been limited to efforts to improve certain aspects of campus operations like recycling, reducing food waste or saving energy. This kind of activism is universally welcomed by school leadership but requires only minor operational changes which rarely involve significant strategic or financial considerations.

But we’ve entered a different world where incremental improvements, like rearranging the proverbial deck chairs, won’t cut it. And students know it. Witness the millions of their number who have joined the worldwide Fridays for Future climate strikes, led by teenage activist Greta Thunberg, calling for more urgent action. Although this more strident form of student activism has been so far directed at governments rather than school leaders, the latter’s response to it has been muted, at best, and in many cases dismissive and patronising. The issue demands a more serious response and until students hear it, boards and leadership teams should anticipate increasingly strong calls for schools themselves to embrace sustainability measures that really move the needle.

Wellbeing. Wellbeing is an important concern for all schools. What may not yet be widely recognised is the connection between climate change and students’ mental health and wellbeing. According to a recent poll, 57% of teenagers in the US said that climate change made them feel scared, and 52% said it made them feel angry. Only 29% said they were optimistic. The US National Climate Assessment has recognised mental health concerns as a side effect of climate change and the American Academy of Pediatrics has issued a policy statement warning that climate change is a “threat to children’s mental and physical health and that failure to take prompt substantive action would be an injustice to all children.” School boards and leadership teams may find that engaging with students in proactive steps on campus to address sustainability and climate change – teaching (and implementing) solutions not problems – is an effective way to mitigate this emerging wellbeing issue.

All of the above issues have strategic implications for any school board that is alive to the gravity of our present-day ecological crises and committed to developing students with the skills to thrive in the Anthropocene era. Boards should be monitoring and reporting on the school’s sustainability performance. Building Committees should be commissioning low or zero carbon facilities, Finance Committees must anticipate and be ready to fund such future costs, and Education Committees must require education for sustainability to be integrated throughout the curriculum and begin evaluating the school’s educational performance by additional, new measures that recognise eco-literacy as a critical twenty-first century skill. 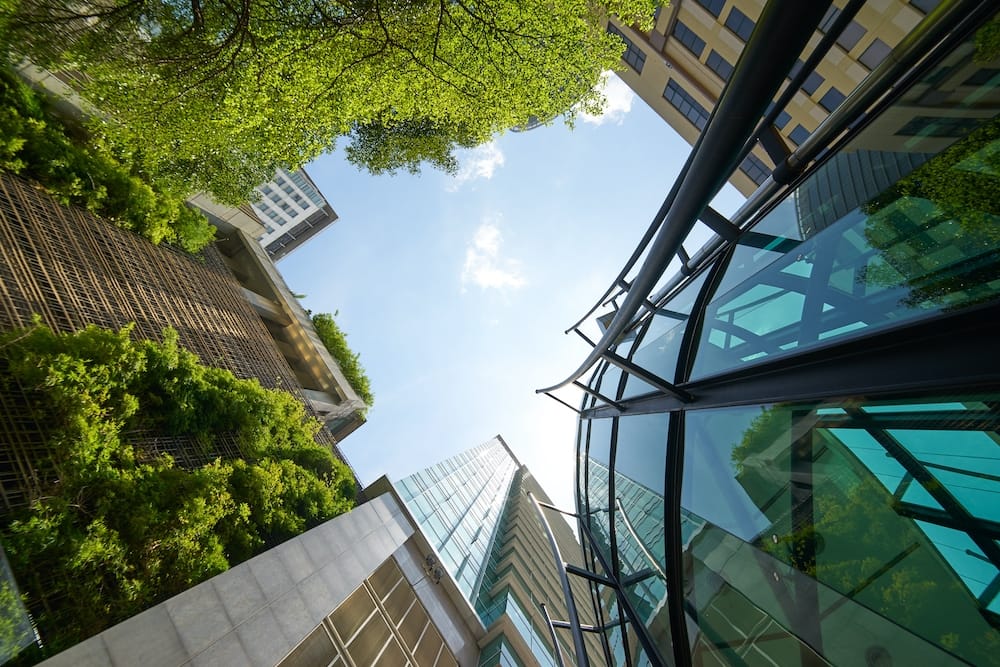